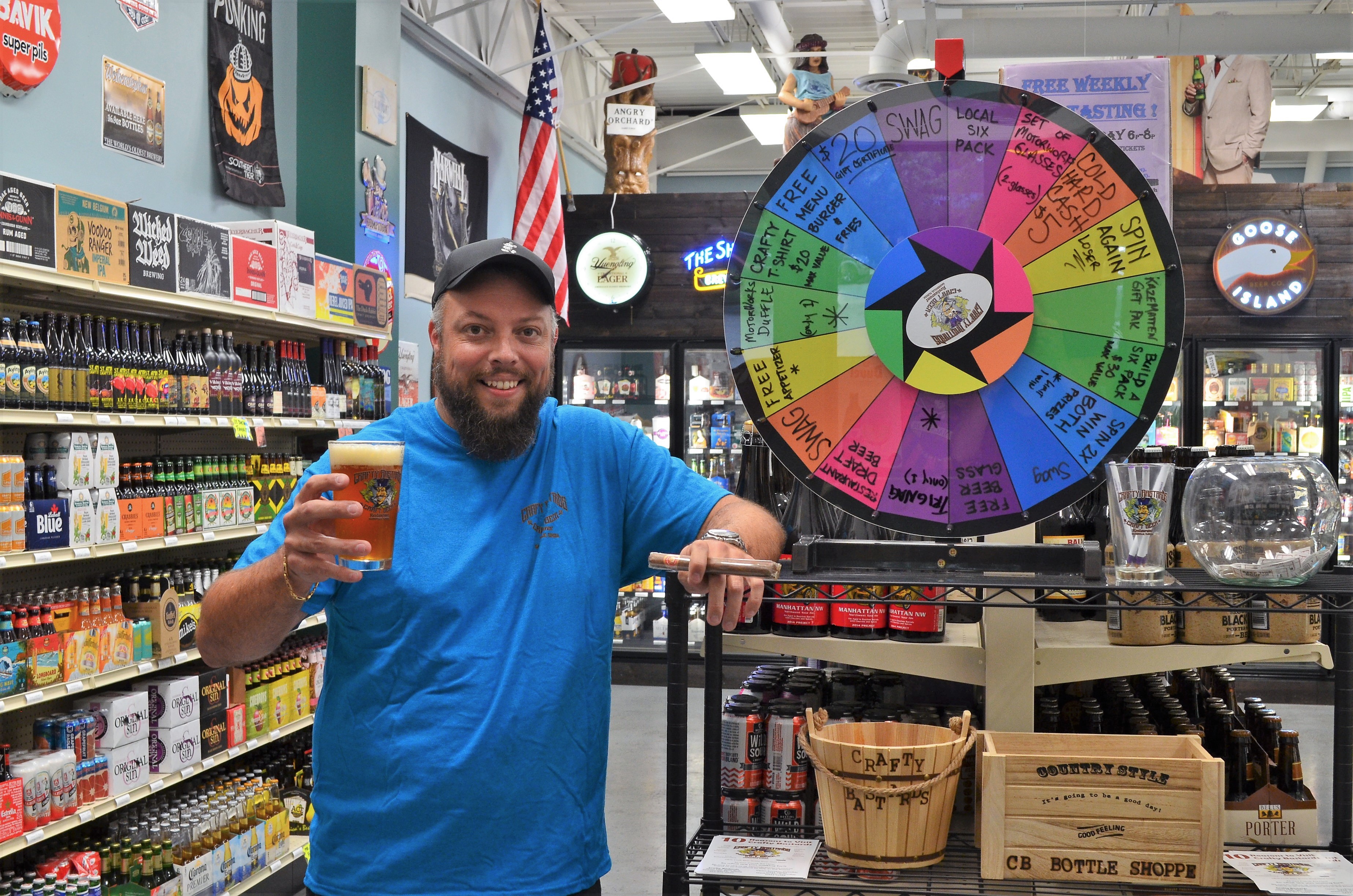 In the middle of Crafty Bastards Restaurant & Pub, Charles Rickie has his laptop on a round table and a microphone in his hand as he reads out trivia questions for you to answer on Tuesday nights. Two days later, he’s back at Crafty’s, only in the bottle shoppe, pouring a variety of cold craft beers, and this time, he’s answering questions about the drink in your hand.

Charles was born in Puerto Rico and moved to Miami for grade school. In Miami, he started bartending in his early 20’s, where he developed an interest and a passion for craft beer. After bartending, he traveled the east coast of the U.S., cleaning beer dispensing hoses on cruise ships. His experience with beer continued to grow, and he then landed a job with Eagle Brands, a beer distributor based in Miami. Here, he continued to educate himself on craft beer. He worked at Eagle Brands for six years as a salesman and earned a Cicerone Level 1 beer certification. His skills make him the perfect host for Thursday craft beer tastings at the Crafty Bastards Bottle Shoppe. He can properly pour a beer and hold a conversation with you about various styles and flavors.

When Charles moved to Gainesville about two and a half years ago, he brought his knowledge with him to Crafty’s, where he helped develop the beer tastings he’s now famous for. Charles said his first tasting event about a year and a half ago was special. He felt the family atmosphere in the bottle shoppe with the diverse array of people trying craft beers with him. He was overjoyed by all the people he met that night, and he built many new friendships. Charles loved the mood and decided to come back and continue to give customers his perspective and insight on beer. The experience of working Thursday’s beer tasting events and his strong love for the owners, Pat and Betty, led him to become the charming host of Trivia Tuesday at the restaurant.

Outside of Crafty’s, Charles is an account executive with Entercom Communications, a local broadcasting company and radio network. He’s also a husband and father to his four daughters. Come check him out on Tuesdays and Thursdays. He’d love to meet you.