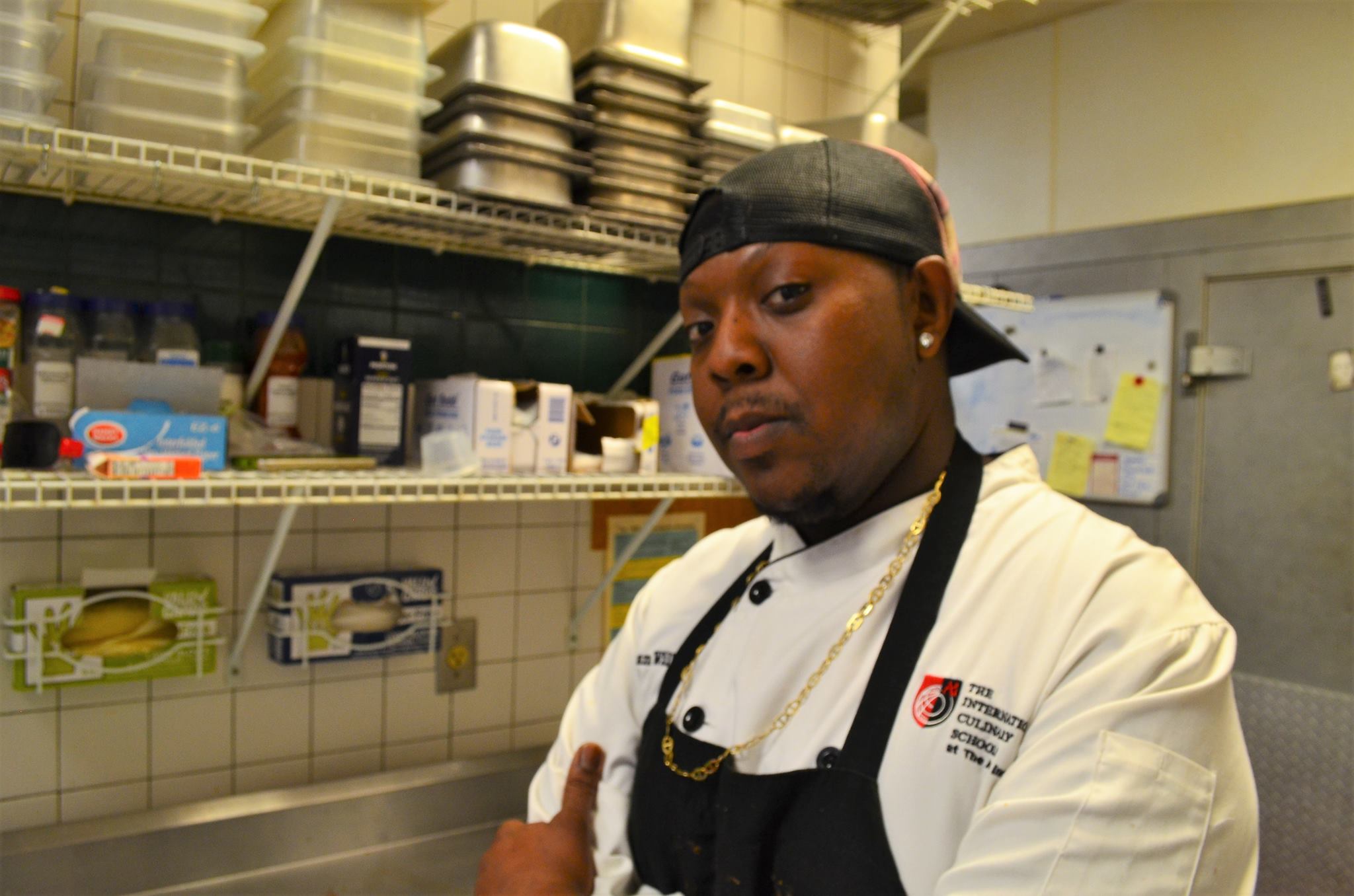 Between the sandwich presser and the pots and pans, Torey Williams sautees squash and sweats red onion for the night’s soup. He takes the heat in the kitchen in stride. This is the man behind all the soups you love.

Torey has loved to cook since he was 6 years old. His passion started here in Gainesville, Florida, after his parents moved here in his early childhood from Germany. Torey began cooking before he even reached the counter. He’d step on a stool and cook alongside his mom.

As he grew older, he cooked meals for his parents and siblings while his parents worked long shifts. He’s self-taught, using only his artistic mind to create recipes and meals to feed homecooked meals to his family.

After graduating from Buchholz High School in 2000, Torey went to a culinary school in Jacksonville, Florida. He learned how to make food look presentable, learned what ingredients and spices work together, and began learning more about creating soups. In 2015, he started working here at Crafty Bastards.

If you’ve ever had a spoonful of our soups, you know how good he makes them. But Torey can also cook mouthwatering BBQ pork, with his own sauce.

Torey looks up to chefs like Bobby Flay and Emeril Lagasse. One day, he hopes to invent a household food item and create a recipe for home cooks. But in the meanwhile, we’re lucky to have him here at making crafty soups for all of you.